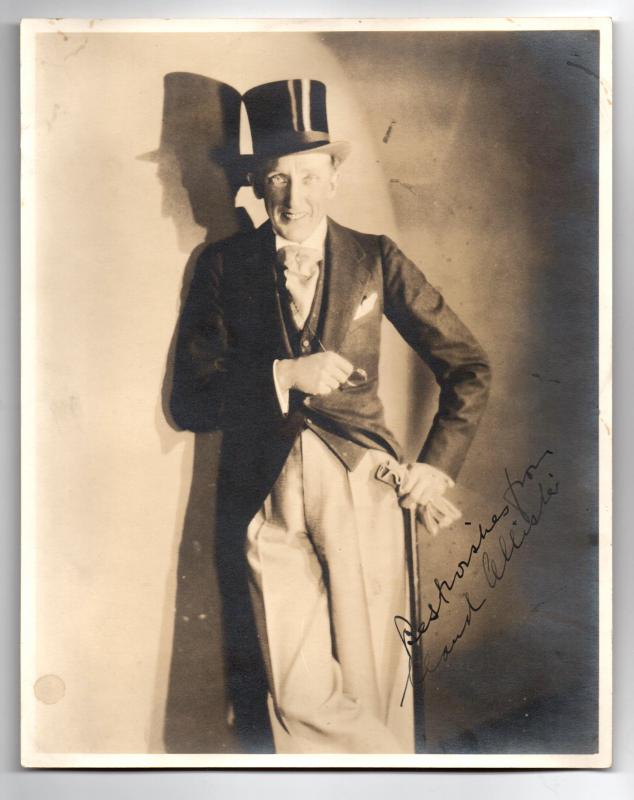 English character actor, typically cast as a "silly-sot" Englishman, with an extensive film career in both Britain and Hollywood, where he appeared in more than 70 films between 1929 and 1955.

Allister made his last film appearance in 1954 in Technicolor in The Black Shield of Falworth, starring Tony Curtis and Janet Leigh.

This is a rare vintage sepia photograph (9.5" x 7.5"), nicely signed in dark blue fountain pen ink across the image. Some light silvering down the right side of the image and the odd mark but in very good overall condition.