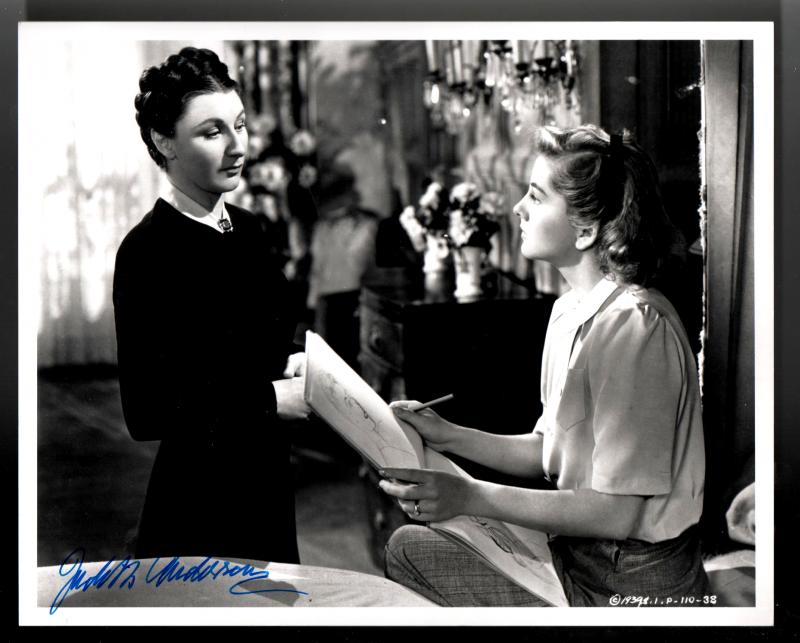 Australian-born actress, for nearly 70 years one of the foremost Shakespearean actresses of the stage.

In films, she was typecast as Cruella DeVil, constantly given unsympathetic roles on the basis of her hard, cruel facial features. She made her first film appearance as an incongruously sexy temptress in Blood Money (1933) and seven years later she starred in her most famous screen role, the obsessed housekeeper Mrs. Danvers in Rebecca (1940).  Later parts include the New York society dragon who "keeps" weak-willed Vincent Price in Laura (1944), the sinister wife of tormented farmer Edward G. Robinson in The Red House (1948), the imperious Queen Herodias in Salome (1953) and the wicked stepmother of Jerry Lewis in Cinderfella (1960). Some of Anderson's later film roles allowed her a little audience empathy, notably the aged Sioux Indian matriarch in A Man Called Horse (1970) and the High Priestess of the Vulcans in Star Trek IV: The Search for Spock (1984).

This is a superb National Film Archive black and white photograph (8" x 10") of Anderson, as Mrs Danvers, in a confrontation with Joan Fontaine in Rebecca (1940). There's a very fine signature in blue ink, just below her image. In excellent condition.