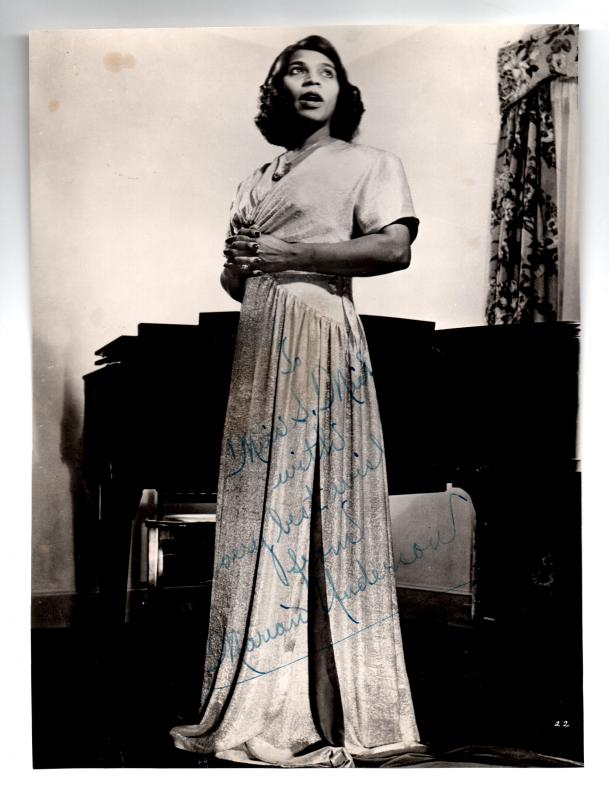 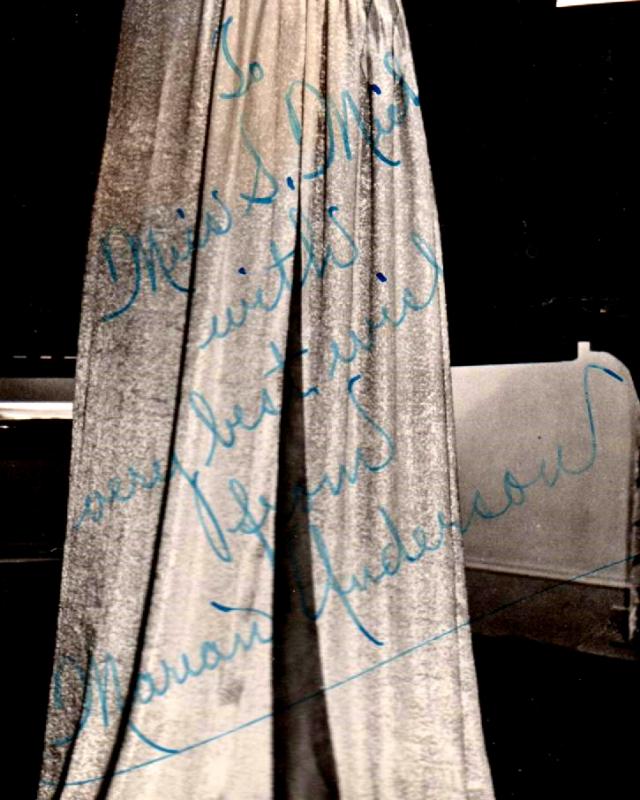 Anderson, who sang both operas and spirituals, began her concert career in 1924. In 1939, the Daughters of the American Revolution infamously refused to allow Anderson, a Black American, to perform in Washington, D.C.'s Constitution Hall. In response, First Lady Eleanor Roosevelt resigned from the D.A.R. and arranged for a concert at the Lincoln Memorial. Anderson, who debuted with New York's Metropolitan Opera in 1955, later became a permanent member of the company.

This a very rare early vintage black and white photograph (9" x 7.25"), signed and inscribed ("To Miss S.Michael, with very best wishes from Marian Anderson") in blue fountain pen ink across a light area of the image. The photograph has a few minor faults - one small area of thinning behind the central top and bottom edges (careless album removal?) and a tiny nick about halfway down the right edge. These have been stabilised to the reverse with  removable tape. Overall condition is good, given the age of this photograph.