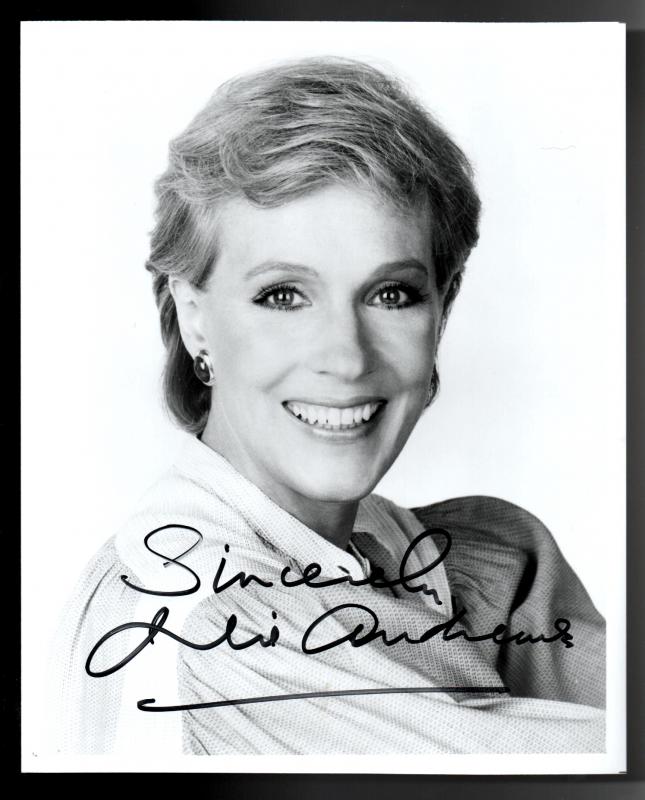 Andrews was the original Eliza of My Fair Lady, famously failing to get the film role, but shooting to international stardom the same year with her Oscar-winning performance in Mary Poppins (1964).

This is a beautiful black and white photograph (8" x 10") boldly signed in black ink across the image. One tiny handling "ding" in the top left corner but otherwise in excellent condition. (This item comes with a 2007 Certificate of Authenticity from the original source, Todd Axelrod's Gallery of History Inc)