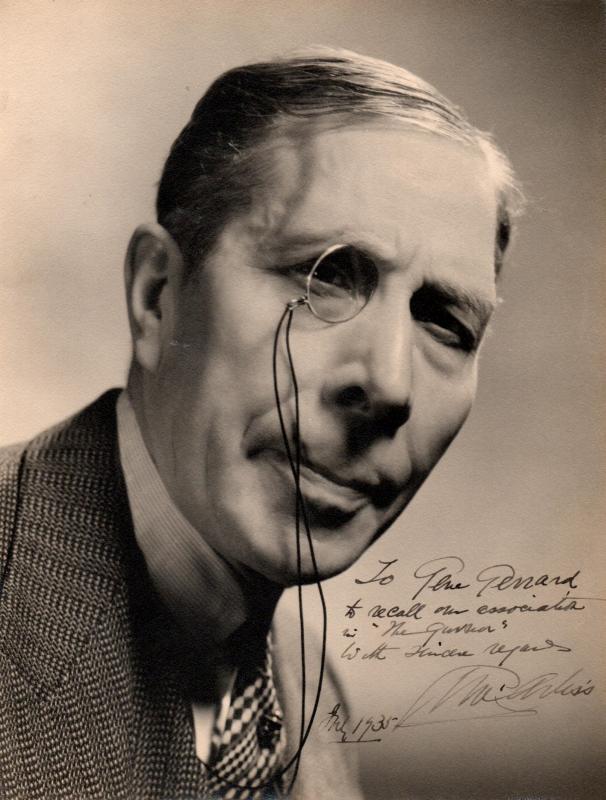 He won an Oscar for his performance in Disraeli (1929).

This is a unique item - a wonderful sepia portrait (10.75" x 8.25"), signed and inscribed in dark blue ink to the British actor Gene Gerrard*, a co-star in Arliss' 1935 film The Guv'nor** . (The inscription reads "To Gene Gerrard to recall our association in 'The Guv'Nor', With sincere regards, George Arliss, July 1935).

Arliss' signature is slightly lighter the rest of the inscription but remains totally readable. Overall condition is excellent . VERY RARE.

British actor and occasional film director and screenwriter. After making his talkie debut in Let’s Love and Laugh (1931), Gerrard went on to star in a long list of British comedies and musical comedies, often opposite Molly Lamont.

**The Guv'nor was a comedy  in which Arliss starred as a well-spoken tramp who is accidentally mistaken for a member of the Rothschild family and made a governor of the bank. Gerrard played Flit.