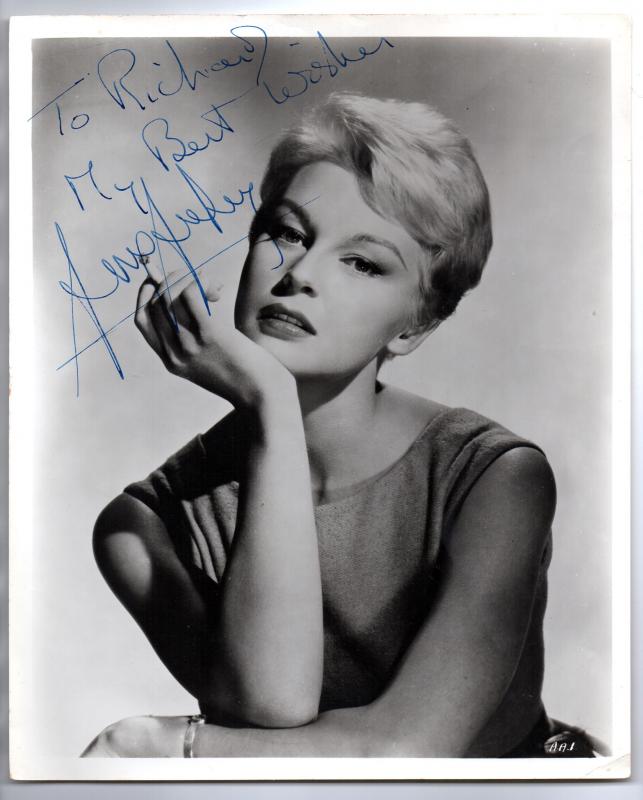 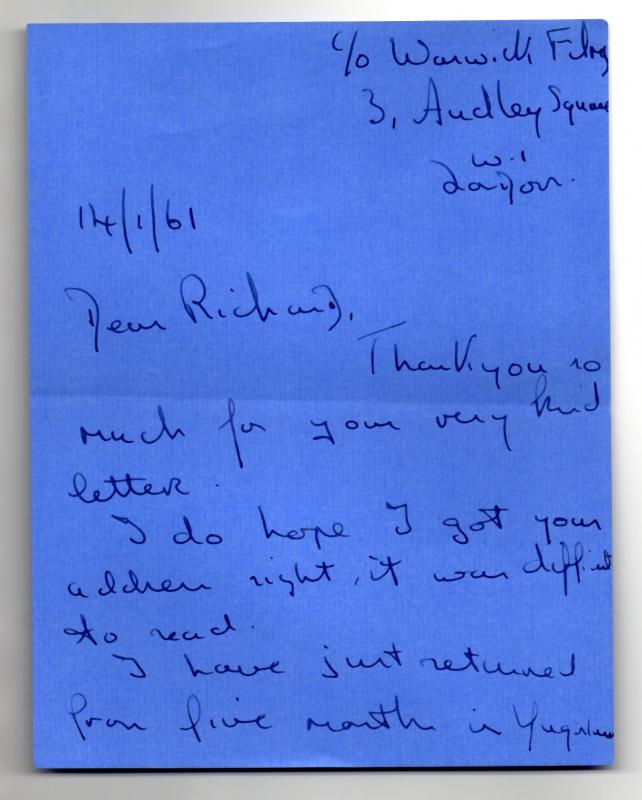 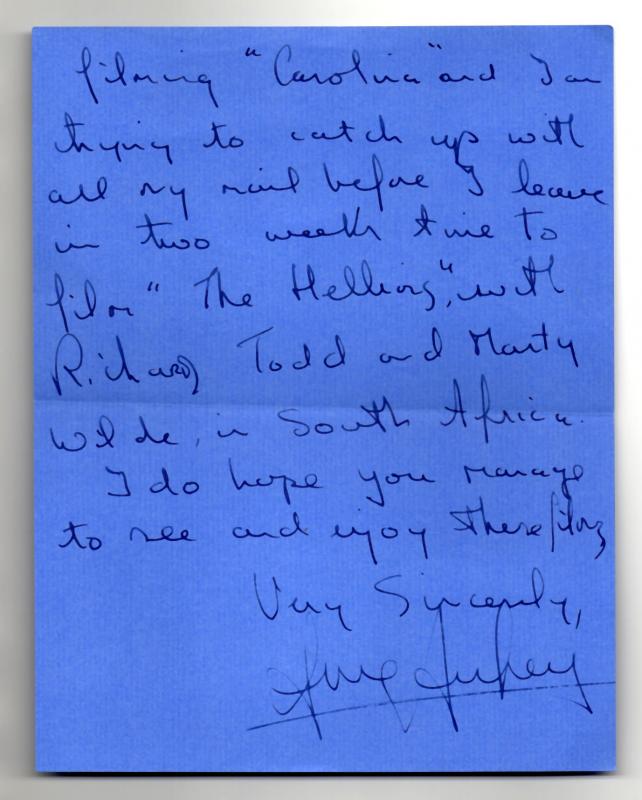 Lovely British actress, once married to Darren Nesbitt and mainly active in Warwick films in the late 1950s and very early 1960s.

Aubrey appeared two films in  1961 film, Karlina Rijecka and The Hellions, and then mysteriously vanished into obscurity.

This is a very pretty vintage late 1950s black and white photograph (8" x 10"), boldly signed and inscribed ("To Richard, My Best Wishes, Anne Aubrey") in blue ink across a clear area of the image.
With the photograph is a 2-page covering letter ("c/o Warwick Films, 3 Audley Square, London W1, 14/1/61"), handwritten in blue ink. She tells the fan that she has been filming "Carolina" (sic) for 5 months in Yugoslavia and is about to leave for South Africa to film The Hellions, with Richard Todd and Marty Wilde.
The photograph has a scattering of very light "dings" but is in very good overall condition. The letter is in excellent condition,