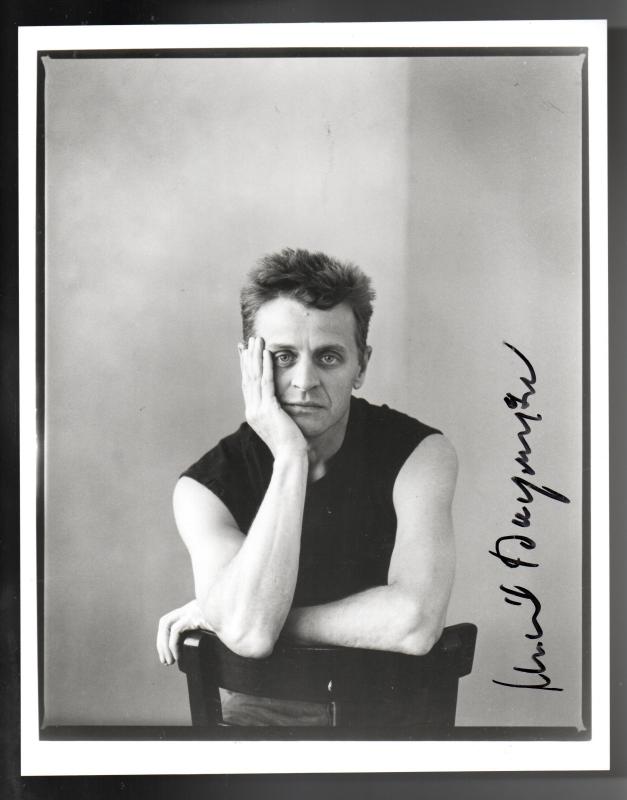 Baryshnikov came to ballet at the advanced age of 15 but because of his extraordinary leg-muscle strength, he was permitted to join Leningrad's Kirov Company, in which he worked his way up to featured soloist. During the Kirov's Canadian tour in 1974, Baryshnikov disappeared for several days, and when he resurfaced it was in the United States he asked for political asylum. He joined the American Ballet, but later switched to George Balanchine's New York City Ballet.

In 1977, the dancer made his Oscar-nominated American film debut in The Turning Point (1977), the most successful ballet-themed motion picture since The Red Shoes in 1948. His best subsequent film was White Nights (1985), in which he played a ballet star who'd defected from the Soviet Union only to be kidnapped back into his homeland.

This is a superb black and white photograph (8" x 10"), boldly signed in black ink down the right edge. In mint condition.