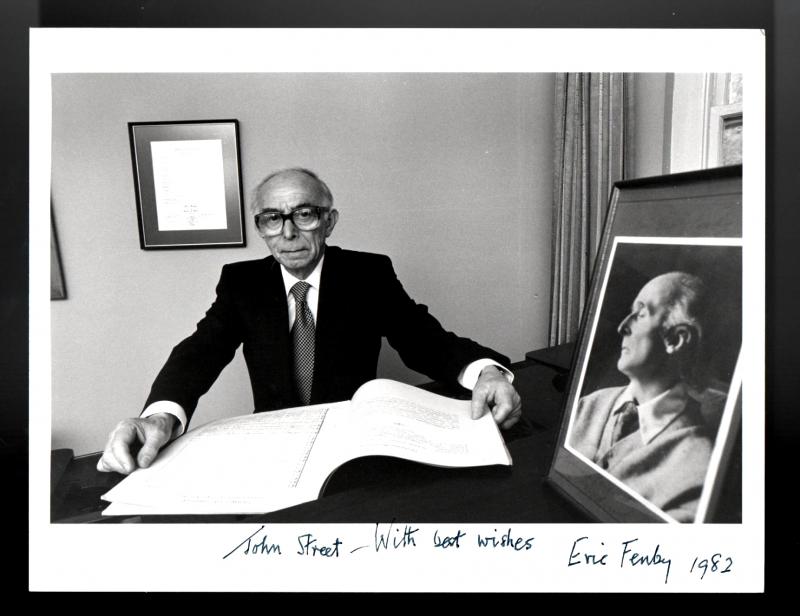 English composer, conductor, pianist, organist and teacher who is best known for being Frederick Delius's amanuensis from 1928 to 1934. He helped Delius realise a number of works that would not otherwise have been forthcoming.

In 1928, hearing that Delius had become virtually helpless because of blindness and paralysis (due to syphilis), he offered to serve him as an amanuensis. Fenby worked, at the composer's home in Grez-sur-Loing, near Paris, for extended periods until Delius died almost six years later. The project was taxing not only because of the need to devise a unique mode of musical communication but also because of Delius's difficult temperament and atheism. Although born into a Methodist household, Fenby had become a devout Catholic. The strain on him was intensified by the requirement to act as nurse during the composer's final days. Further responsibilities followed, including visiting Delius's severely ill widow Jelka and accompanying the composer's exhumed body back to England for burial. The whole experience left him "completely burnt out". In 1936, he published an account, Delius As I Knew Him

The works he helped Delius to write (all for orchestra unless otherwise shown) are:

This episode in Fenby's and Delius's lives was portrayed in Ken Russell's 1968 production for the BBC, Song of Summer (available on YouTube).

This is a superb black and white photograph (8.5" x 6.5"), nicely signed and inscribed ("John Street - With best wishes, Eric Fenby, 1982") in dark blue ink across the lower margin. In excellent condition. SCARCE.