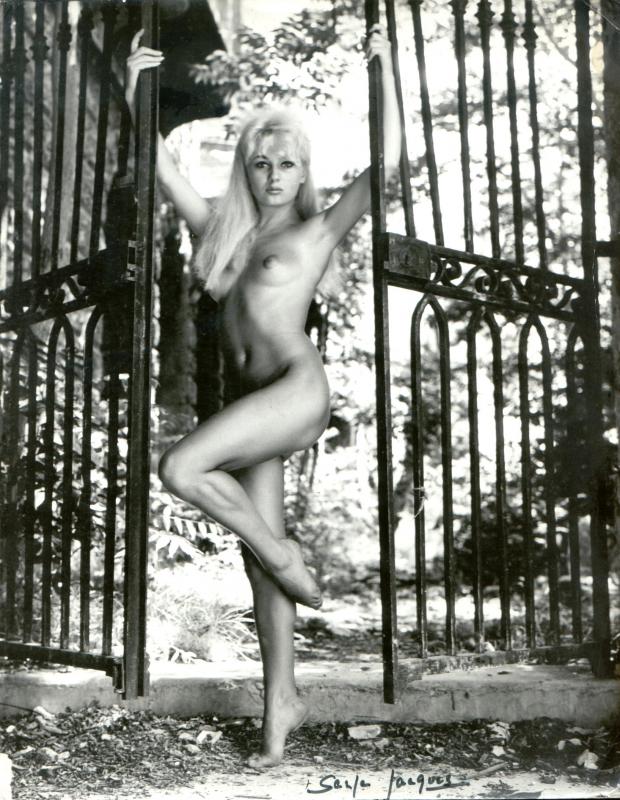 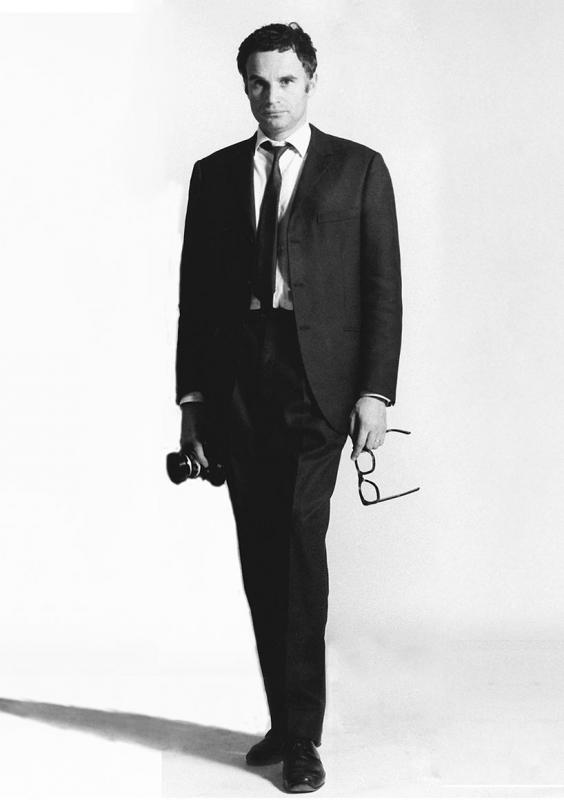 Legendary French pin-up photographer and publisher of the French soft-porn magazine "Paris-Hollywood",
Jacques' work ("photographie de charme") in the 1950s greatly pushed the limits of the pin-up genre. At a time when the smallest hint of pubic hair caused severe problems with the censor, he fought back, earning himself a bad reputation with the authorities (and occasional arrest) and a cult following among fans of erotic photography. Jacques built elaborate sets at his studio, often out of papier-mache, to create the perfect fantasy world for his photographs. This and his darkroom were frequently raided by the police.
Jacques original signed photographs are now fetching huge sums at auction.
This is a vintage black and white photograph (a little larger than 8" x 10") of one of his favourite pin-up models, Betty Mars, wearing nothing more than a pretty pout. Jacques has added a small, neat signature in dark blue ink to a clear area right at the bottom of the photograph. The blue studio stamp is to the reverse.
One or two small "dings" and press markings to the reverse but generally in good condition. RARE!

Betty Mars (1944-1989) was a talented French torch singer, best remembered for supplying the voice of Edith Piaf in the 1974 biiopic "Piaf". Sadly, she committed suicide.