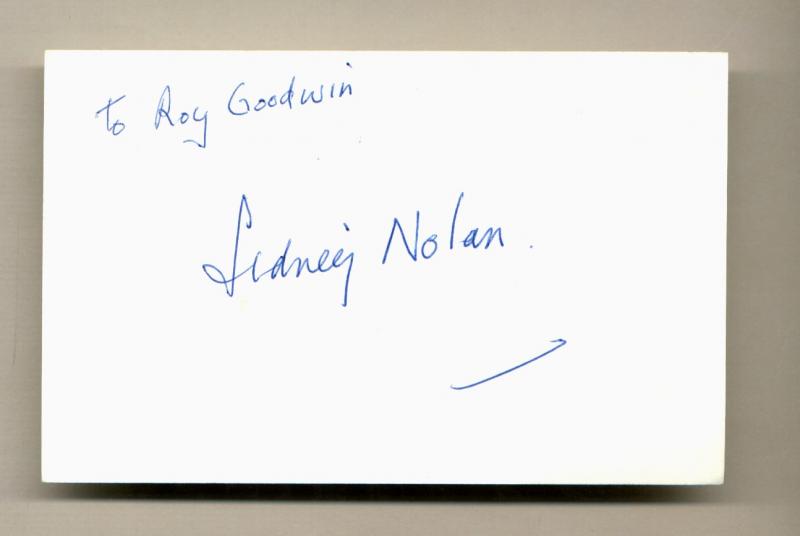 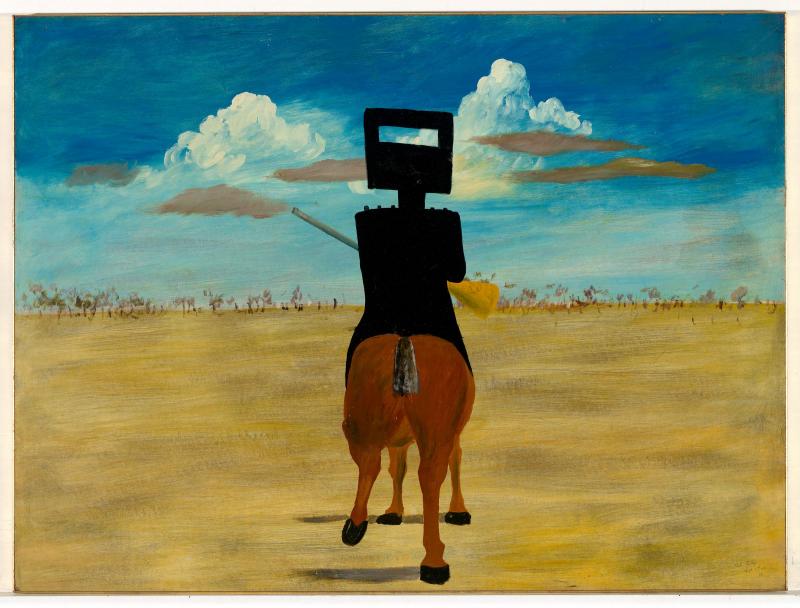 Australian painter, one of his country’s best known and most famous for his iconic series of paintings of the Australian outlaw, Ned Kelly.

Ned Kelly (1855-1880), on the run in the Australian bush in 1878 after killing three policemen, famously wore a homemade plate metal helmet and armour.  After a final violent confrontation with the police in June 1880 he was captured, tried and hanged for capital murder in November. His daring and notoriety made him an iconic figure in Australian history, folklore, literature, art and film.

Nolan, who had deserted from the Australian army in World War II, identified with Kelly and painted 27 pictures of the outlaw between 1946 and 1947. 25 of these paintings were given to the National Gallery of Australia in 1977.

Nolan painted other historical and legendary figures, including the explorers Burke and Wills, and Eliza Fraser, a woman shipwrecked and captured by aborigines in 1836. He also painted many landscapes of the Australian outback.

Nolan was knighted in 1981, in spite of the fact that he had been a war deserter.

This is a very fine signature and inscription in blue ink on a 5.5" x 3.5" white card. In very good condition and perfect for display mounting.