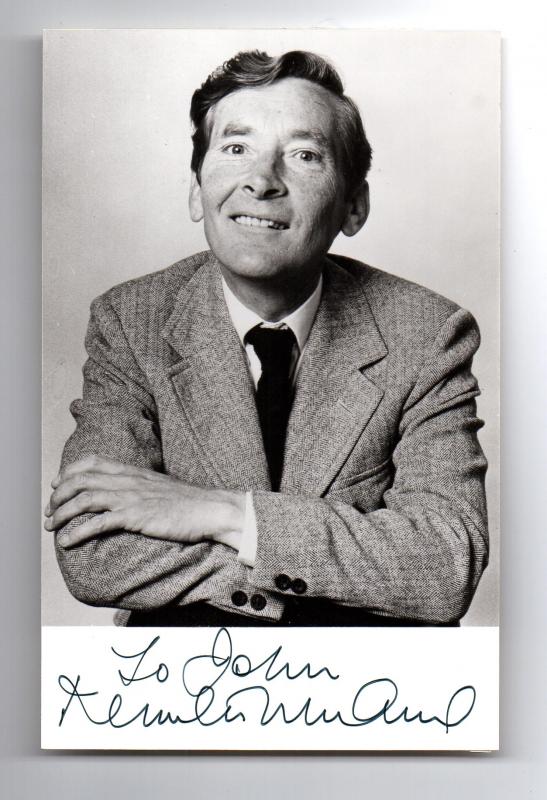 Williams began his shown business career with a Cornish repertory company in 1948.

He became famous providing the funny character voices on radio in Hancock’s Half Hour but Hancock so resented his success that he was heard no more after 1956.

The years of his greatest fame began in 1958 when he appeared in Carry on Sergeant, the first in a long series which ended with Carry on Emmannuelle (1978).

He died of an accidental overdose of sleeping pills a few weeks before he was due to go into hospital for an operation.

This is a very fine black and white photograph (5.5" x 3.5"), beautifully signed and inscribed ("To John, Kenneth Williams") in black ink to the lower white panel. In mint condition.