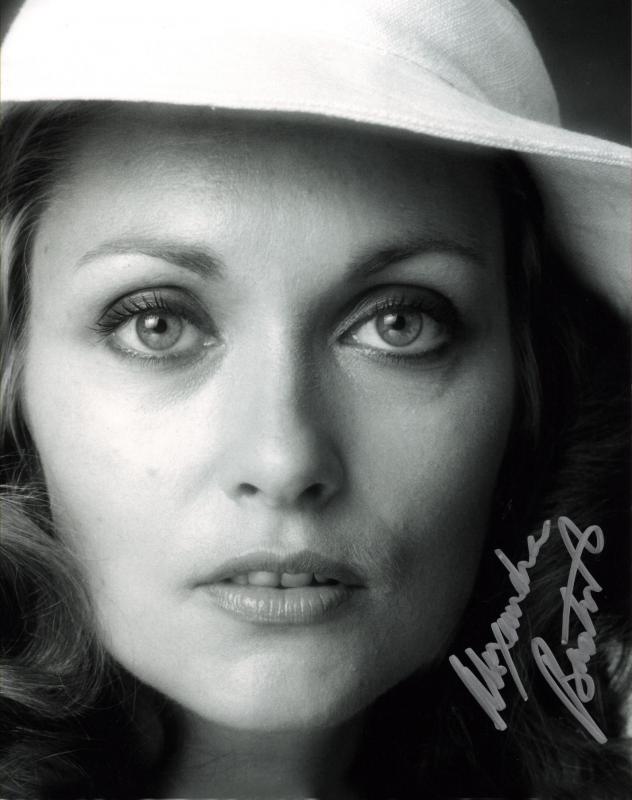 Bastedo worked extensively on television but is remembered most fondly for her role as Sharron Macready in the adventure series The Champions, which first aired on British television in 1968.

In this 30 episode series, Bastedo and her two male companions were agents for Nemesis, an international intelligence organization based in Geneva. On their first mission as a team they crashed into a remote part of the Himalayas where they were rescued by members an unknown civilization. They came away from the encounter with superhuman powers and returned to the outside world as "Champions of law, order and justice", to quote the series' opening.

This is a peach of a black and white close-up photograph (8" x10") of the exquisite Alexandra Bastedo, boldly signed over a dark area of the image in silver ink. In excellent condition.