Vivien (and Burton & many others) Leigh 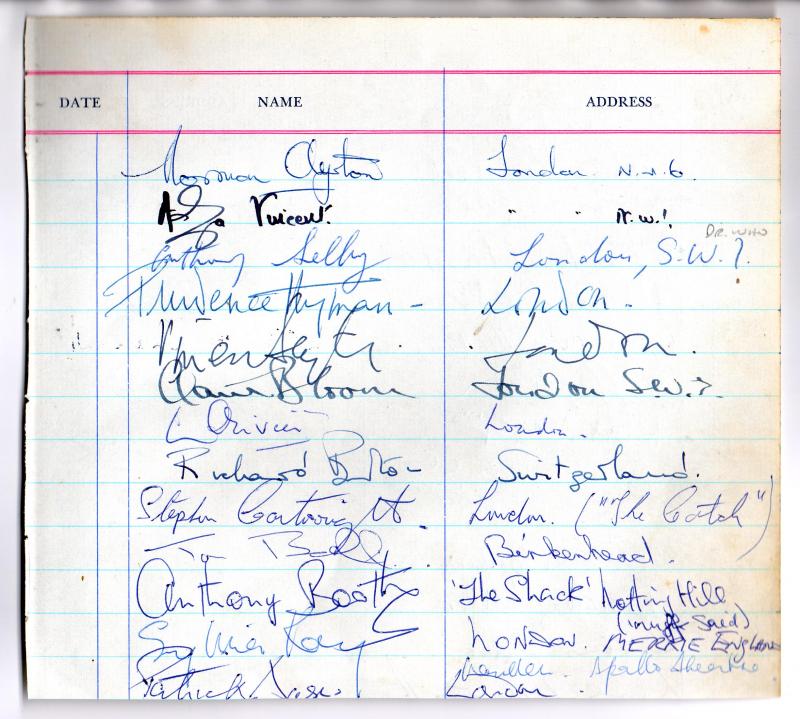 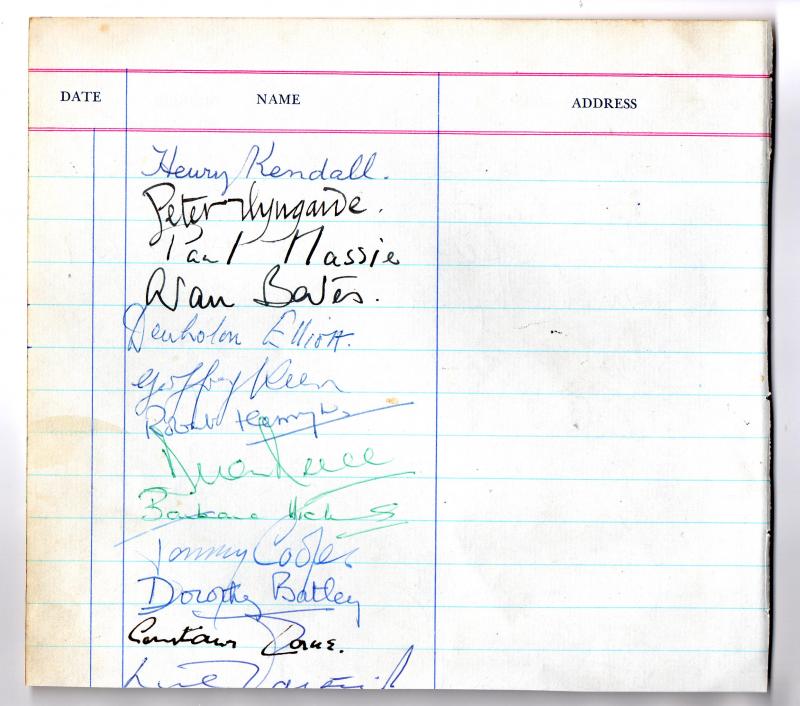 Outstanding British actress, for many years the wife of Laurence Olivier.

She won two Oscars – for the immortal Gone With The Wind (as Scarlett O’Hara, 1939) and for A Streetcar Named Desire (as Blanche Dubois, 1951).

This is an extraordinary show business collectable - a part page cut from a wonderful visitors' book (8.5" x 8"), signed in ink on both sides by some of the biggest stars of film and television at the time.