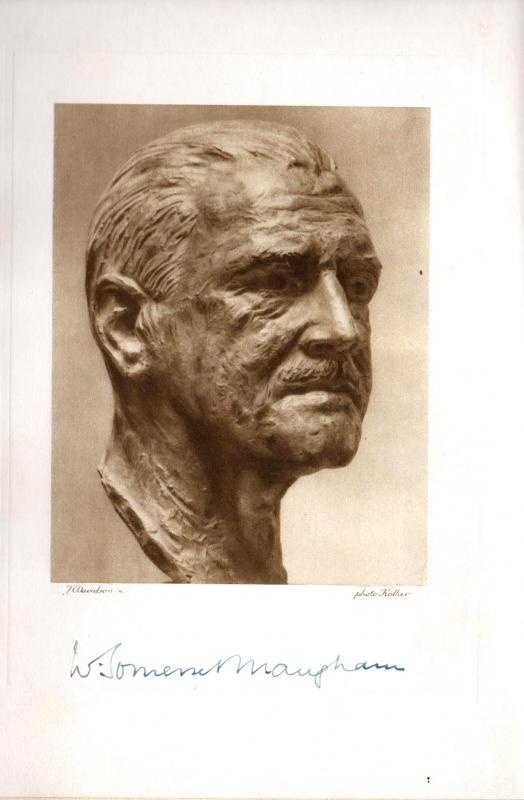 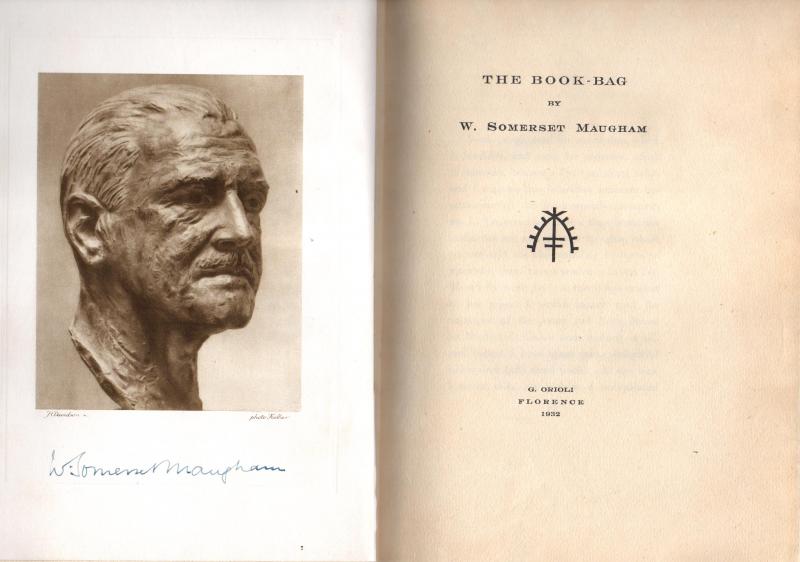 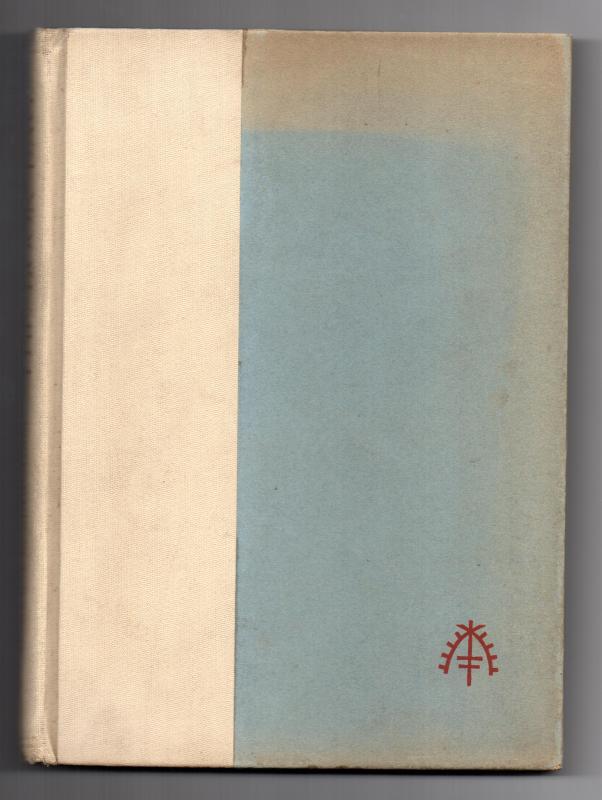 Maugham, who qualified as a surgeon at St Thomas’s Hospital, London, published his magnificent autobiographical novel, Of Human Bondage, in 1915. He later visited Tahiti and the Far East, which provided the inspiration for The Moon and Sixpence (1919).

He is probably best known for his short stories, several of which were filmed, including Quartet (1949).

This is a hardback first edition copy of his short story, The Book-Bag, published by G.Orioli in Florence in 1932. This is No.60 in a limited edition of 725 copies, printed on hand-made paper. (The short story was published as a private edition because Maugham's publisher at Cosmopolitan Magazine didn't like its theme of incest - it's a tangled love story of four people, two of whom are siblings).
The nicest thing about this book is the frontispiece - a photograph by Kollar of the J. Davidson bust of Maugham. In excellent condition, this is beautifully signed by the author in blue fountain pen ink and is one of the best examples of his signature I've seen.
The book itself is without its dust jacket but, other than fading around the edges of the front and back boards, is in good condition.
(The scans are not the best I've done - to avoid damage to the spine the pages have not be pressed against the platten of the scanner.)