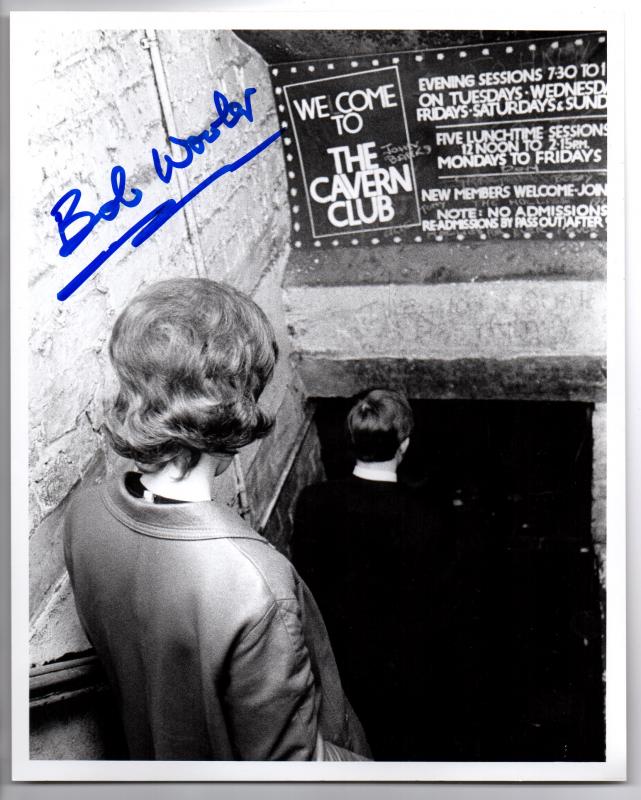 Legendary resident disc-jockey at the Cavern Club in Matthew Street in Liverpool.

Wooler hosted his first lunchtime session at the Cavern in December 1960 and went on to introduce all the biggest names of the Mersey Sound to its members, including Gerry and the Pacemakers, the Swinging Blue Genes (as the group was then called), Rory Storm and the Hurricanes, The Big Three, King Size Taylor and the Searchers.

Wooler was instrumental in getting the Beatles their very first booking, at Litherland Town Hall, near Liverpool, on 27th December 1960. He first introduced the Beatles to the Cavern audience on 9th February 1961 and by the time they has made their last appearance, on the 3rd August 1963, Wooler had compered well over 450 appearances of the group.

Brian Epstein first saw the Beatles during a lunchtime session on November 9th, 1961 and it was thanks to the good offices of Wooler that he became their manager.

Wooler was also very important in promoting the Beatles in his column for Mersey Beat.

The Cavern closed for the first time on 26th February 1966 and its owner, Ray McFall, was declared bankrupt. Prime Minister Harold Wilson reopened it on 23rd July 1966, but the heyday of the club had passed and it closed its doors for good in May 1973.
This is a very fine black and white 8" x 10" photograph, taken from an original Popperfoto negative, of the entrance to the legendary Cavern Club in Matthew Street. This was signed in blue ink by Bob Wooler in Liverpool in 1995. Wooler - an amazingly reclusive man - was persuaded to sign a very small number of these unique photos and he did so in a coffee bar in Liverpool 8 in my presence. He never attended Beatles conventions in his latter days and his signature is RARE! A must for any Beatles collector.